The article is devoted to such an important hormone as testosterone, and an explanation of why it makes men men. This article should be interesting for women too, not only men.

The first mention of sex hormones was in works of Arnold Adolph Berthold. Back in 1849 it was suggested that there are very active substances in the extract of the seminal glands. Of course, back then their structure remained undetermined. 40 years later, Berthold’s research received a brief boost from the Harvard professor Charles-Édouard Brown-Séquard. At a meeting of the Paris Biological Society, he reported his results of the experiment on himself. Here you can exert a little imagination - the professor was already 72 years old and, having felt an increased working capacity, muscle strength and sexual activity, he declared a “rejuvenating” effect. A lot of people were eager to experience this, but - alas - the effect did not last long and often the condition worsened afterwards. It resulted in suspending work in this direction.

During the 1930s a lot of work was done to isolate sex hormones from the testicles of animals and to test them (again, on animals). Estrogen, progesterone and androsterone, isolated in their pure form for the first time in 1939, brought Adolf Butenandt the Nobel Prize. These studies were performed by pharmaceutical giants such as Schering (Berlin, Germany), Organon (Oss, the Netherlands) and Siba (Basel, Switzerland). Testosterone itself was isolated in 1934.

Testosterone is the main male sex hormone and anabolic steroid. Let's take a closer look at the meaning of the words hormone and steroid, for people often use these words without quite understanding them (shout out to those who are in the know - you are great).

So - a hormone is a biologically active substance that has a regulatory effect on metabolism and physiological functions. The word “steroid” many link to muscular men when actually, steroids are chemicals that contain the steran substructure shown in the picture below. And representatives of this group of substances have a much bigger potential than creating muscle giants out of people. Many of them can save your life at a critical moment.

Many different hormones and steroids coexist in balance in the human body. And not all hormones are steroids, just like not all steroids are hormones.

One of the ways to form testosterone is steroidogenesis, which occurs in the adrenal glands [1] (picture below). Testosterone in the body is formed from cholesterol with help of enzymes and it’s not the last stop in this branched system of biochemical transformations.

It is important to note that more than 95% of testosterone in men’s body  is synthesized in the testicles, as they contain Leydig cell organisms as part of luteinizing hormone. Male gonads also contain Sertoli cells, which need testosterone for spermatogenesis.

4% is formed as a result of the work of the adrenal glands. For women, testosterone is synthesized by the adrenal glands in much smaller quantities than for men, with thecal cells in the ovaries and with the placenta  during pregnancy.

Like most hormones, testosterone enters the target tissue in the bloodstream, where most of it is transported with certain plasma proteins - globulin, which binds sex hormones (SHBG) - and also, to a lesser degree,  with albumin. 1.5 to 2% of testosterone remains unbound.

Here we indicate the normal range for women, but there will be a separate article about female steroid hormones

The gray zone is the lower border of testosterone. Lifext normal range are above the gray zone.

Testosterone indicators according to the European Urological Association [2] for men aged 40 to 79 y.o. for the prescription of testosterone replacement therapy. Accordingly, for men aged 18-19 to 40 y.o., the gray zone ends at about 11 nmol / L as well.

Low testosterone level is relatively common for men. Symptoms of hypogonadism (testicular failure, accompanied by a decrease in the level of sex hormones) are very common among men aged (60+). Nevertheless, the discussion of the need for testosterone replacement therapy in this age group remains open, due to the fact that it also has enough side effects. Therefore, it is advisable to carry out such therapy only under the supervision of a physician.

Hypogonadism can have many reasons and can be divided into two groups: congenital and acquired. Genetic disorders are congenital, which, unfortunately, we are not able to influence. Acquired once include various disorders caused by infections, radiation, exposure to medications (alkylating agents, suramin, ketoconazole and, unexpectedly, glucocorticosteroids, etc.), natural toxins, chronic disorders of the liver and / or kidneys, and diabetes. It is important to note that hypogonadism is common among HIV-infected men.

Indications for the testosterone therapy according to the norms of the European Urological Association are to be found above. Also, one of the necessary reasons for prescribing replacement therapy is the presence of clinical manifestations, such as decreased libido, absence of morning erections, and erectile dysfunction. N.B. that secondary diseases that caused testosterone deficiency should be taken care of before prescribing replacement therapy, as well as taking into account contraindications and the presence of clinical manifestations of T. deficiency.

After administration of the medication monitoring of testosterone, as well as indicators of such hormones as dihydrotestosterone (the most active form of testosterone) and estradiol (the main female hormone), is necessary. Testosterone should be measured 3-6 months after the start of therapy or dose change and then, if it is stable, monitoring should be carried out every month. The time it takes to measure the level of testosterone’s serum depends on the drug used. If testosterone is above or below the target range, appropriate adjustments should be made to the dose or dosing interval to avoid a consistent supraphysiological or subtherapeutic level.

The main risk group is people over 60. Hypogonadism is the cause of sexual dysfunction in approximately 36% of cases [2].

It is highly not recommended to independently carry out testosterone replacement therapy, but we will say a few words about the existing medication. Usually it’s various testosterone esters, for example, testosterone propionate, testosterone undecanoate (as well as phenylpropionate, decanoate and others), they differ in duration and intensity of action, as they hydrolyze in the body at different rates.

These drugs are administered into the body in various ways. There are tablets, gels, and injectable drugs. It is important to note that taking testosterone orally can be fatal for the liver.

The main effects of testosterone preparations

The level of erythropoietin increases, thus, the level of red blood cells, hemoglobin and hematocrit may increase, too. Therefore it is necessary to monitor a general blood test while taking drugs mentioned above. Platelet count is also rising. Testosterone affects the synthesis of osteoblasts, young bone cells.

Steroid hormones have a great influence on water-salt metabolism, and therefore abnormity in this process can lead to the formation of edema and other undesirable consequences.

Acne is one of side effects. Baldness is also possible due to an increase in the active form of testosterone, dihydrotestosterone.

While taking testosterone, there is a possibility of gynecomastia - a growth of the breast with hypertrophy of the glands and adipose tissue. Aromatization inhibitors are used to reduce the risk of gynecomastia as they should lead to a decrease in the conversion of testosterone to estradiol.

And now to why testosterone drugs are so popular in sports. Testosterone has anabolic activity that promotes the synthesis of amino acids, nucleotides, polysaccharides, proteins, ATP.

Testosterone has androgenic activity that promotes the acquisition of the signs of the opposite sex - a negative effect for most people except for the transgenders who consciously do this.

The concentration of testosterone in blood plasma is inversely proportional to such markers of inflammation as interleukin-1-beta, interleukin-6, TNF-alpha (tumor necrosis factor), C-reactive protein, the number of leukocytes, endotoxins. As a result of meta-analysis of replacement therapy, a decrease in these indicators was observed [3,4].

Men with insufficiency of the secretory ability of the thyroid gland had its functions restored.

It has a similar effect on women, in general, women are even more sensitive to testosterone. It is important to note that in romantic relationships male testosterone falls and female, on the contrary, grows. In paternity testosterone level also drops.

Androstenediol (a testosterone metabolite) is a positive allosteric modulator of GABA receptors (inhibitory receptors). Testosterone is an antagonist of Trk and p75, as well as receptors of Nerve Growth Factor (NGF). Dehydroepiandrosterone is an agonist of these receptors. In fact, NGF is mainly involved in the growth, as well as in the maintenance, proliferation (the growth of body tissue by multiplying cells by division) and the survival of neurons. NGF is crucial for the survival and maintenance of sympathetic and sensory neurons, as they undergo apoptosis in its absence. Testosterone is also an antagonist of sigma-1 receptors. Conclusion: it is difficult to predict changes in behavior and nervous activity when interfering with the testosterone system and steroid hormones; there is a connection between steroids and neurodegenerative diseases.

The main risks of low testosterone

The main risks of high testosterone 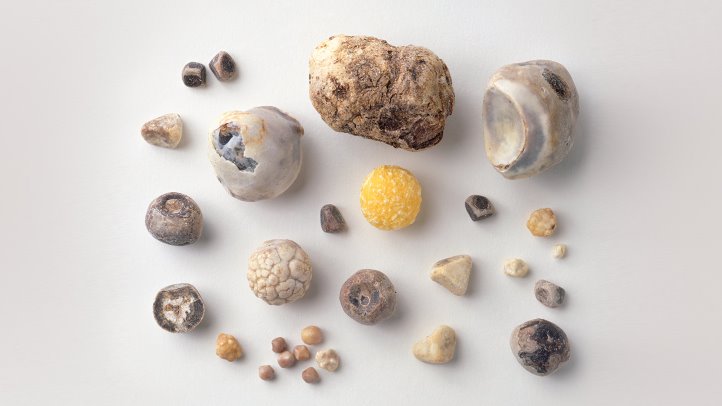 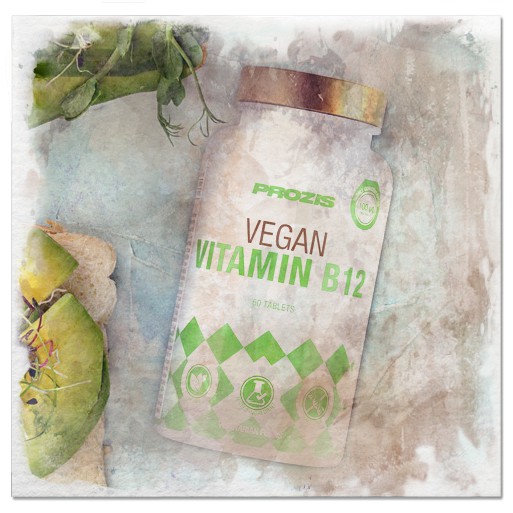 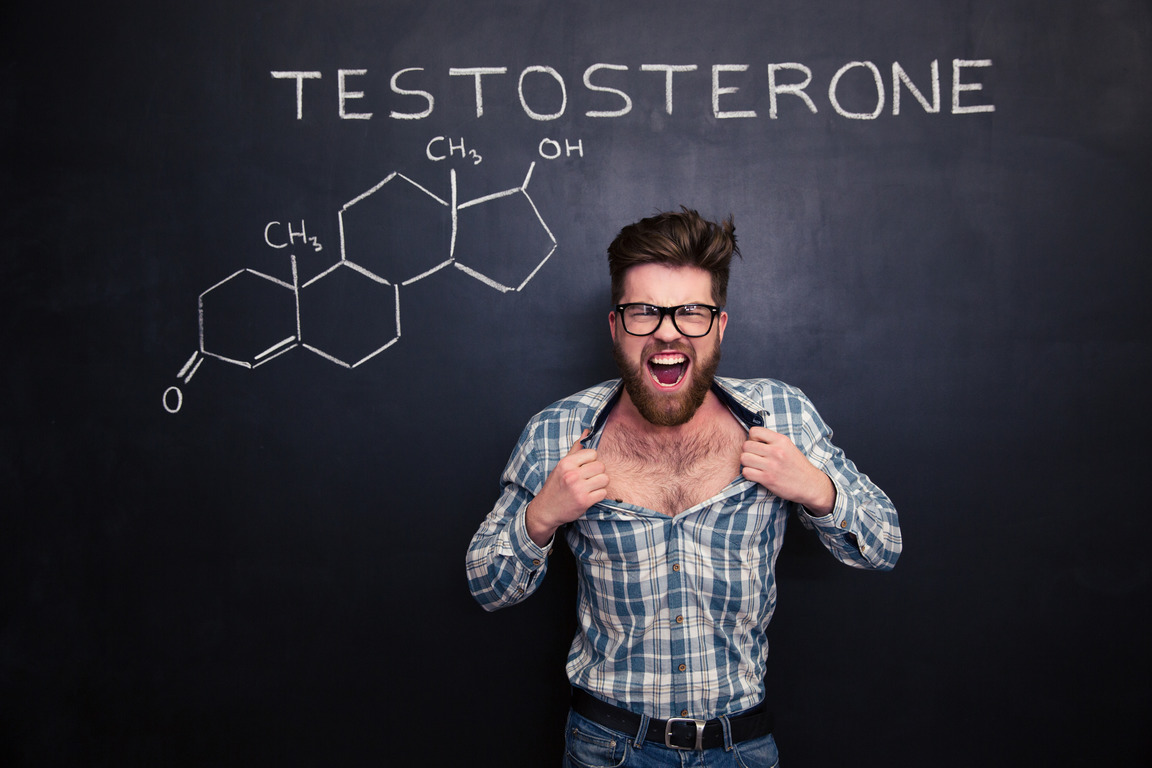